It’s in this underground maze under Tours et Taxi, Brussels, Belgium, that you need to lose yourself to find Permafungi. It is a company dedicated to circular economy located in a wide underground of Brussels. It covers 1000m2 space, and one area is dedicated to the growth of oyster mushrooms, grown on recycled  organic coffee grounds.

First tested in 2013 in a little workshop, then moved in 2014 to the underground of Tour and Taxi due to the explosion of the production 1, Permafungi relies on a simple concept  It’s an easy concept :

2- They mix it with straw and add the mycelium (the root of the mushroom). The mycelium is itself mixed with sawdust. The entire or whole thing is placed inside a big plastic worm. This preparation process is made in a sterile laboratory and is called inoculation

3- The plastic worms are then put incubated, that is to say, they are hung and stored in the dark for two weeks. It’s at that time that the mycelium colonizes the substrate (what the mushroom eats).

4- Then, the worms are pierced and placed in a very humid room (80% humidity) where the light shines. They stay there for one to two weeks. It the flourishing period. The mushrooms grow through the pierced holes and are harvested then. The worms are able to produce up to two times batches.

5- The rest of the mixture is given to the Nos Pilifs farm (where we went), an urban organic farm of Brussels. The people running this farm compost all the coffee grounds rests to make breeding ground. This breeding ground is particularly good for endive growth.

The entire production line is made in Brussels, from top to bottom, it’s a closed and short circuit.

Their production is sold through organic shops or markets. They also want to raise awareness about growing mushrooms thanks to coffee grounds by selling home kits online. If you’re interested, check their website

This initiative started in 2014. Six passionate persons and numerous interns are making it work. They try to have a neutral impact on the environment, which is not so easy for a young company, trying to spread their ideas. The concept they developed allows re-using the coffee grounds which were thrown away until then. 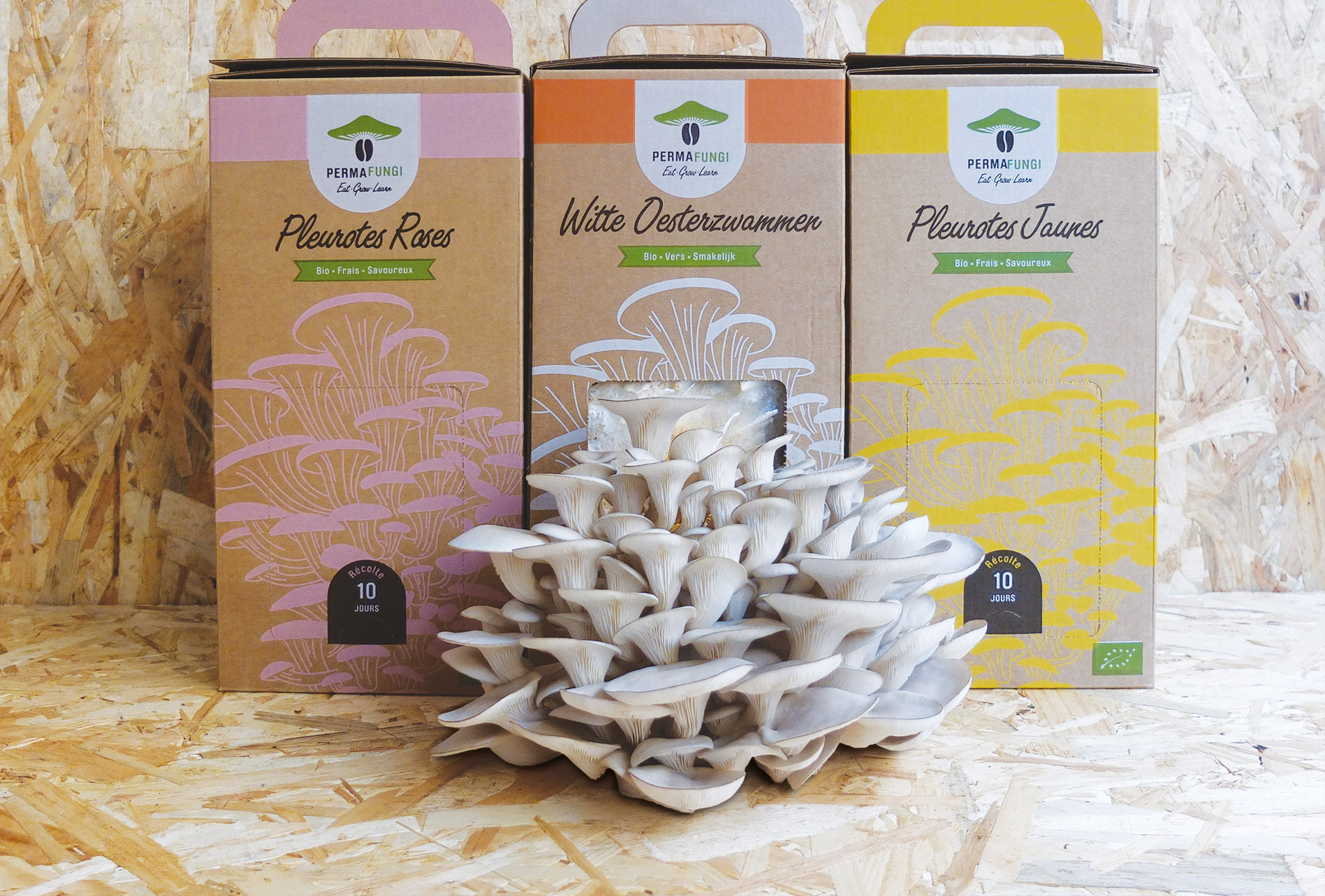 A new solution for all the unused coffee grounds, even in cities people can now grow their own mushrooms, thanks to Permafungi.

Article in partnership with the project Journal Terre Native