Yin-Yang with western view – In seeking of harmony and balance 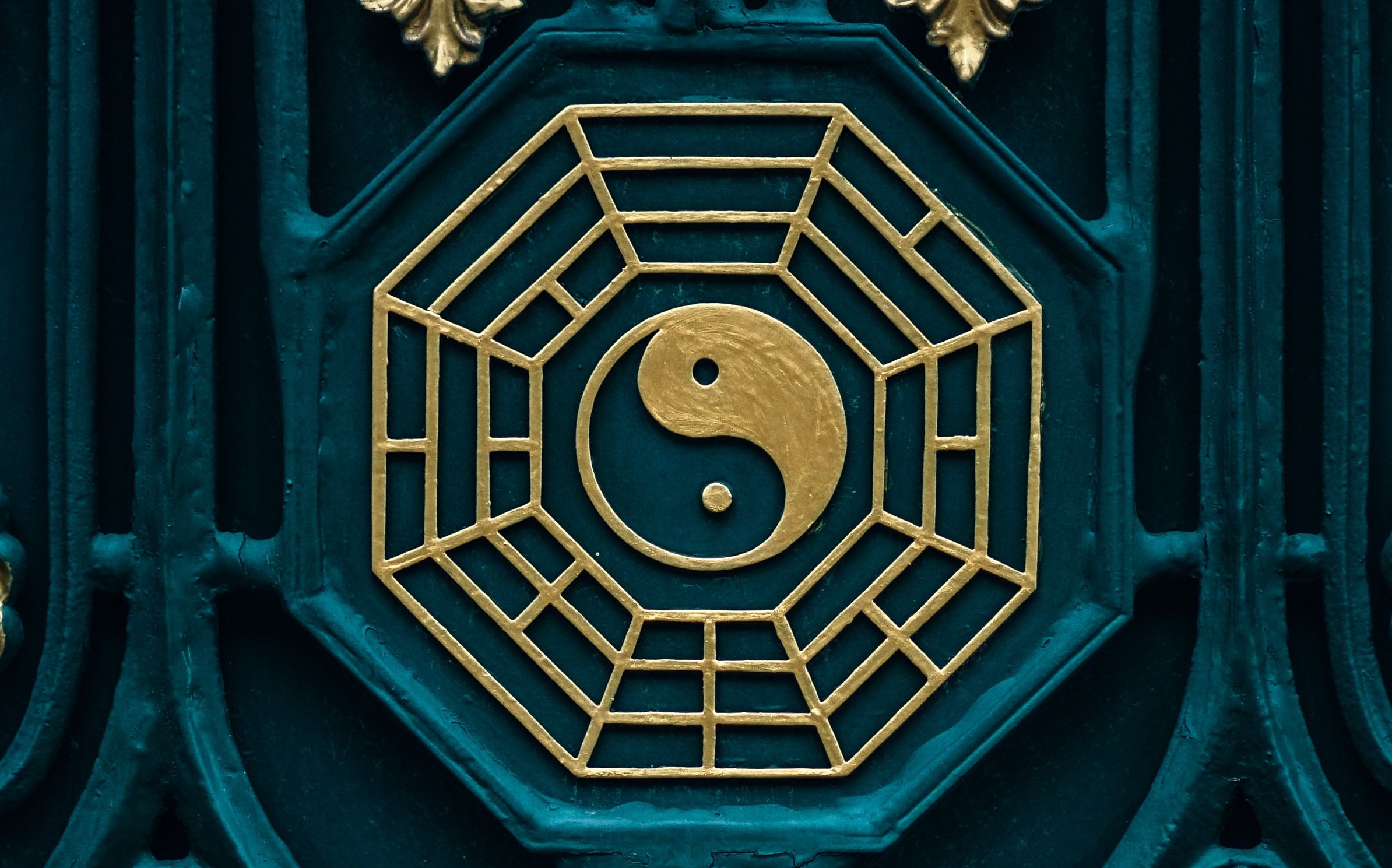 All of those basic ideas are manifesting themselves in one simple Taijitu diagram, the symbol of „Dao” (the Way) – a circle divided in two halves: black and white. Western world likes to call it „Ying Yang”.

This way of understanding is typical to the western point of view – it analyses, divides one into two. In this very moment the fundamental, holistic meaning is lost. However, in this short article we will try to combine different perspectives, including thought of the west, to gather useful knowledge. I will refer to commonly asked in the west question such as meaning of life etc.

Taijitu is commonly recognized. It even became a part of a pop-culture. Ying Yang is often shown in a movies, but to understand a proper meaning of it, we’ll have to come-back to its origin.

Taiji is a key sign of the Far East. Even though it appears on the flag of South Korea, the symbol comes from China. In China, Confucianism „Dao”, which symbol is Taiji, reflects a moral pattern of living. That is because Confucius in his teachings focused on humanistic and social approach to existence.

Taiji is crucial to Taoism, second philosophical tradition in China, but it’s even older than that. Taoist’s recognized this symbol as not clearly defined rule, the base of the universe. In etymology of taoists there are over one hundred fifty meanings of Dao, such as: „the spirit” etc. Approach of this philosophical tradition is thinking lacking in definitions but reflecting the transcendent, metaphysical and free understanding of the ​way.

But what can we actually see in Taiji? The first thing we observe are two halves : black and white. These are Yin and Yang. It’s a dualistic approach to Dao. Those two are reflecting the nature of the universe, divided into two. The rules about them are :

We can imagine how Confucianism and Taoism in fact are reflecting the nature of Dao: two school of thinking building together the society of China, but directing attention to different aspects of one, just like Yin and Yang.

Knowing a bit of a cultural context of Dao we can move to the point of view of the west, and philosophy little about Taiji.

Jordan B. Peterson, recently popular academic teacher, scientist, and an author of a book „12 rules of life” came up with an interpretation, which gathers and reflects meanings of Dao.

Here is an animated summary of his book :

In his point of view the circle divided in two halves by a wavy line, represents order and chaos. What is order in his opinion? It’s a state of mind in which one is calm and moderately happy because he lives the way, in which things go the manner he wants. But in order there’s a black dot – it can all change upside down in a moment, as I said before.

So he asks further: is really the world made of an order and chaos? What does it mean that the world is made of something? He answers: an only way to experience the world is by a human’s experience. This human’s experience is determined by our body. Jordan B Peterson uses a cognitive approach to come down to the conclusion that, what is crucial to our perception, is a distinction of two hemispheres of our brain. And in fact left hemisphere is more about logic thinking, which can be understood as an order, and right hemisphere determines abstract thinking, which stands near to a term of chaos. He comes up with one more connected to the topic, cognitive thought: new situations put your neurons and gens active, you switch on parts of yourself, and you become more the one, the full being. You become more of a perfection. In his explanation, he goes further and asks more questions.

What is more perfect than a perfection? Not a perfect routine, but pushing the perfection to the line of disorder. Perfection is when you balance on the risky line of order and chaos – that would be the center of Taiji, the line in a center. The moment where the performer puts his perfect routine to a danger of risk, is when the crowd on the performance go crazy. So in his understanding, living in order, happens when you’re at the right place and at the right time, stretching yourself to a domain you can be better in.

In his thinking, Peterson goes all the way up to Jung and his instinct of meaning. He described a thought of Jung by a sentence: „The path you walk is meaningful by making it meaningful”. So he once again puts effort on an idea of being constantly, optimally challenged.

Jordan B. Peterson explains further: due to Nietzsche’s concept of the death of god – there’s nothing more real in life that the sense of living. Only meaningful is a sense of life. In fact there is a famous Nietzsche’s sentence which speaks of opposites and constant evolving: „ human is a rope between animal and a superman (Übermensch). I can see from where does the thought of Peterson comes.

I recognized his way of understanding as interesting. We don’t really have to stick to it very close, but by analyzing his process of thinking, we can observe the interesting concepts about harmony and balance in western philosophy and even psychology. It also reflects a lot of thought of western civilization about Yin Yang and questions connected to Dao, such as one’s place in a universe, a desire of processing to perfection, etc

Plato and Aristotle, The school of Athens

Aristotle had also some connected to our topic thoughts. In his philosophy we can find similar to Nietzsche’s sentence tracks. For example, according to Aristotle, an individual human’s life is stretched between two, impossible to achieve extremes. These are : more than a human virtue (ancient areté) making a being godlike, and it’s reverse: being animal-like creature with its bestiality. Thought that areté is about centering the extremes, commonly known as a term aurea mediocritas does not come from Horace, but in fact, from Aristotle.

The last point of my article is, in my opinion, important idea and a life instruction, mentioned above aurea mediocritas, „the golden center”. Horace in Od. 2.10 says:

“Who makes the golden mean his guide,

Be brave in trouble; meet distress

With dauntless front; but when the gale

Too prosperous blows, be wise no less,

We went all the way back to the ancient times to prove that the fundamental ideas of balance and harmony could be understood differently by the different cultures and different times, but these truths have the same, common route. A one’s seek of peace, and wisdom; or through the deep understanding or due to simple practice.

What is the most important aspect of looking at Dao – „the Way” is the way itself – seeking of truth is truth itself. For me Ying Yang can also reflect two halves of one truth – eastern and western philosophy. What’s fantastic about Dao, is that everybody can find something in it for themselves.

Sources for this article : Horace, History of Chinese Philosophy & Taijitu