Duck Rice : Use ducks instead of pesticides 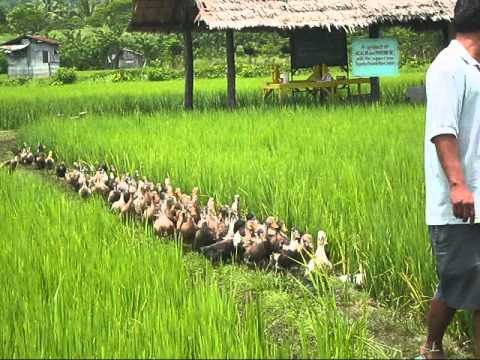 Within the first three years, the ducks were regularly attacked by dogs and prevented proper production, yet was solved by closing the fields with electric wires. Little by little, biodiversity was re-established and a productive eco-system reappeared. This process was stimulated by:

Takao’s 3.2 hectare farm provided him with an income of $160,000/year from rice production, organic vegetables, eggs, fish, and ducklings.

Through his writing, travel, lectures, and co-operation with agricultural organizations and governments, his methods have spread to more than 75,000 farmers in Japan, Korea, China, Vietnam, the Philippines, Laos, Cambodia, Malaysia, Bangladesh, Iran, & Cuba!

If you are a farmer that is interested in utilizing the Duck-Rice method or simply to learn more about the topic, click the link below for more information on how to recreate such a system:

His passion for the preservation and health of the small family farm is backed up by a deep understanding of how modern society works. Never underestimate small actions!